A selection of Iberian horses sold by Andalusitano.

This page is under construction! 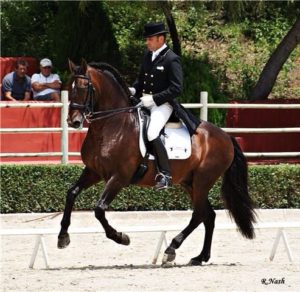 Engreido was the 2013  Champion of Champions in Alta Escuela in Spain. He is an amazing schoolmaster who now has found his home near Helsinki in Finland. I am soon hoping to hear how it’s going for his new owner. 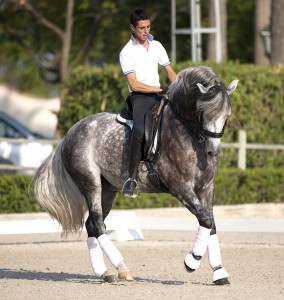 A wonderful easy going gelding sold to a lovely lady in Sweden. 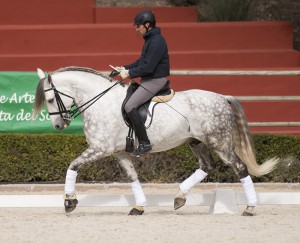 When Sanna first contacted me about buying a horse she wanted a dressage horse to compete with. She ended up with two horses Dean and a highly schooled schoolmaster in Grand Prix for her riding school in Finland. Congratulations Sanna for these two wonderful horses! 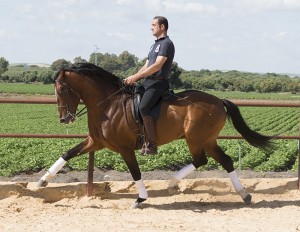 Glorioso is one of those saint horses you come across now and again. He has the heart of an Angel. I am wishing his new owner in Germany all the best and I hope to hear from them soon. 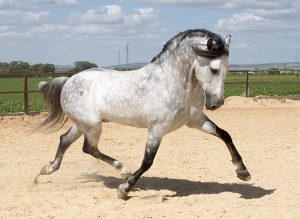 All fun and energy. Guapeton has gone to a luxury classical riding school in Bali and I wish his new owners all the luck with him.

Sold to Norway: Gesto Ram will be used for medieval games!

On his way to Norway after a period of training with one of the trainers here in Spain. Gesto is now going to his permanent home with his new owner. He is going to be used for medieval games! I am really interested to hear back from him soon! 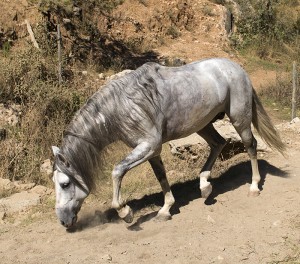 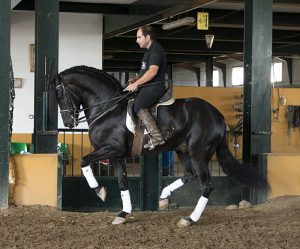 Sold to Finland: A young Pura Raza Española that will have a future as a classical dressage horse. 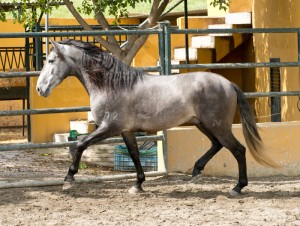 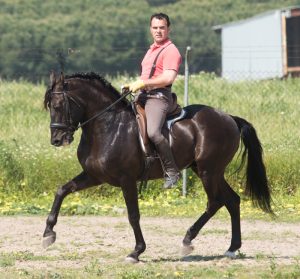 Letter from his new owner: “Consul arrived last Sunday and he’s exactly like I thought / hoped for!
From the moment he came off the truck I saw he’s a very cool horse. He just looked around and no hassle at all. Now after a few days he settles in here and still behaves like a gentleman. the first 2 days I have been walking around here with him and the 3rd day I rode him for some 30 minutes to the woods here. No problem at all, cars, trucks, kids-school, he doesn’t mind at all. A very fine and brave horse.  Our dogs like him and he likes the dogs so that’s great as well. I am really-really happy with him! He is well mannered and very sweet to have around.”

“I saw him on your website and thought he could be the right horse, well he is. He’s also exactly as you described him, well done! I know where to find you next time. Thank you very much for the guidance and keep up the good work. Have a great weekend! Kind regards, Dione”

Sold to Sweden: Mago an amazing PRE with outstanding movements ready for PSG. 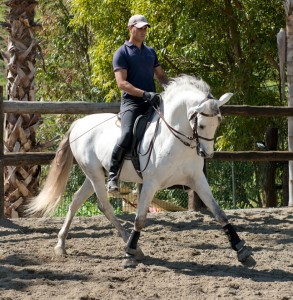 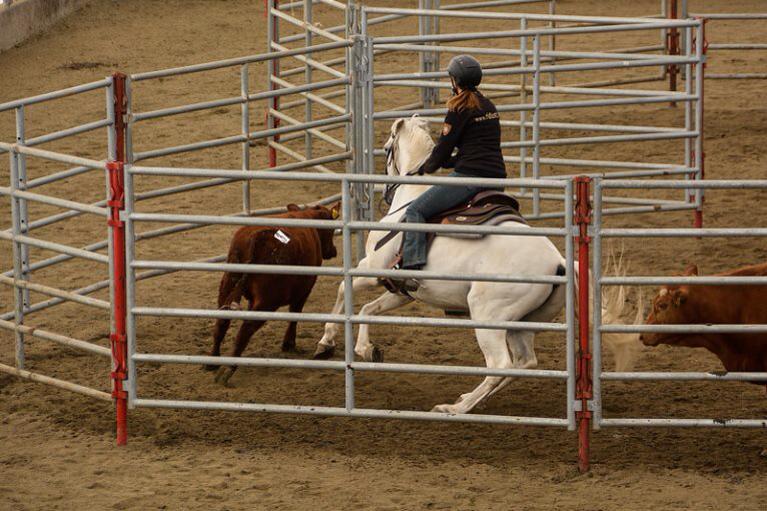 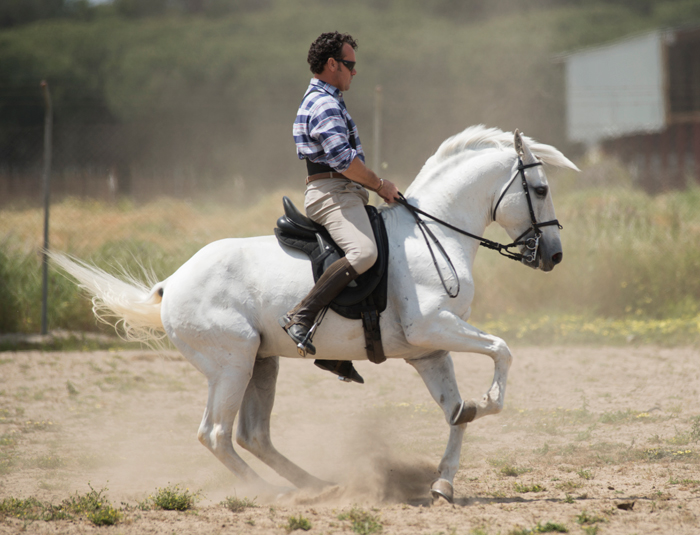 Here’s a letter from his owner Lotta in Swedish sent 18th of September 2014. 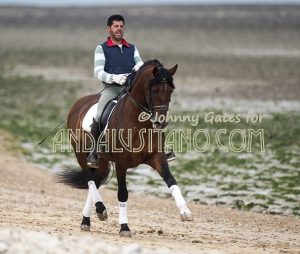 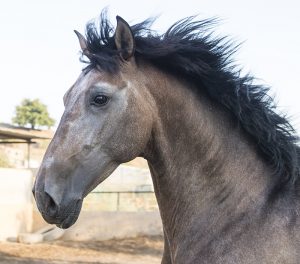 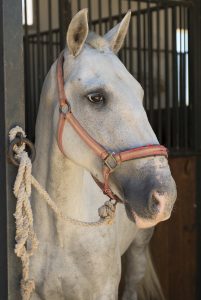 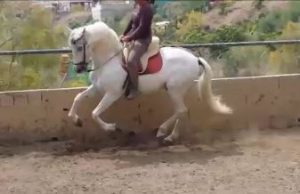 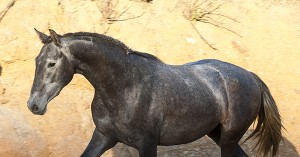 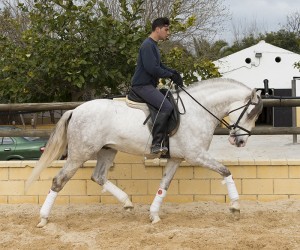 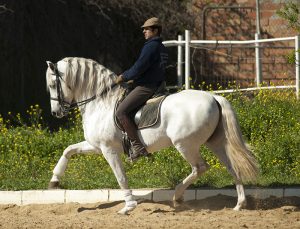 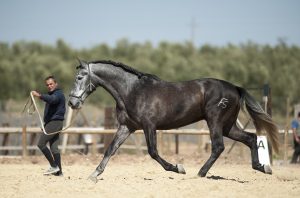 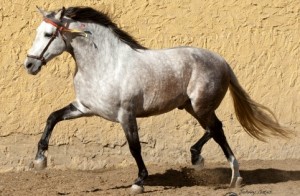 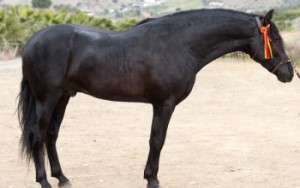 Nadia Marciano, Jakarta Indonesia ” Year 2011 Buying horse from Sofie was super easy process, she helped me from A to Z. Gave me honest opinion and always gave her all. She’s very knowledgeable and Helped me In every way. I definitely buy more horses from her in the future. As for the horses I bought they are doing well as stallions in the cavalry place here in Lembang, Indonesia. They’re super handsome, have great characters, one of them won dressage show as well. Thank you so much Sofie!!!” 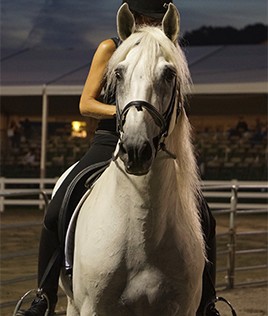 Letter from Suzanne: “March 2013 I always wanted to own an Andalusian stallion. I googled the breed and found Sofie’s website “Andalusitano.com”. I contacted Sofie (who is such an expert and professional) and in January 2013 I flew with my husband and my trainer to Spain. We tried a lot of horses and the one I liked didn’t pass the vet. test. I was back home when Sofie called me and asked me what I think about Oceano the white stallion. He was the only horse from my list I didn’t try, but I trusted Sofie that I would be able to ride him (he was trained Prix St. George). I bought him and I am so glad and thankful I trusted Sofie. He is a wonderful stallion, the favorite in the barn. He arrived in New Jersey in March. Best horse I ever had! Oceano is a dream of a stallion

I recommend you where ever I can, because you did an amazing job.”
Suzanne, New Jersey, USA 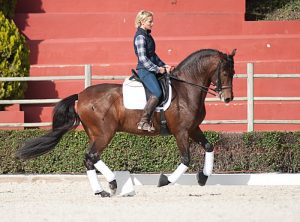 Corcu is every amateur riders dream. He is a horse which embodies all the kindness but at the same time all the energy and ability for collection that one wishes in an Andalusian horse. He was schooled up to a Prix. St. George level and was confirmed at that level. Corcu was sold to a successful agent in Florida that now has found him a happy owner in the United States. 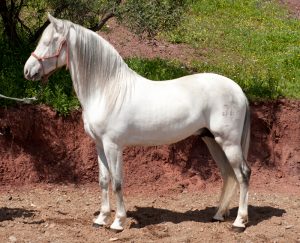 06-10-2013 “sofie, goloso  is finally home. it is so amazing to me that he made it all the way from southern spain to northern michigan!  he is fine and gorgeous and loving getting scratched.  thanks so much for all you did to help make this happen.  the first email i got back from you, you said dreams are made to come true and that set me in motion. i trusted you from the beginning which means so much.” 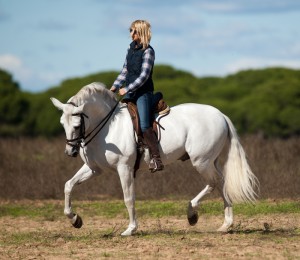 Nuno embodies an air of supreme intelligens. This powerful stallion is schooled up to a Prix. St. George level in dressage and has the most amazing character. He is now successfully competing in dressage in the US.

Alcazar PRE stallion and brother of Fuego sold to USA. 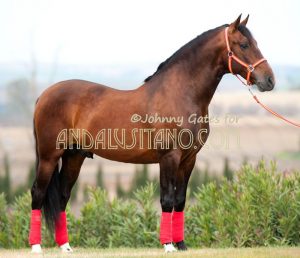 Alcazar is an amazing mover inherited from Utrerano the father of the Olympic horse Fuego. Alcazar had a Prix. St. George level dressage and was also schooled in piaff and passage. He was sold to an agent in the USA for her to sell on to a client. This horse is worth waiting for. 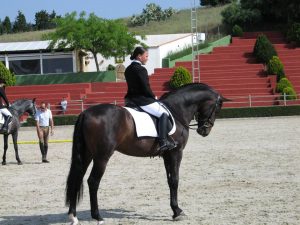 March 2013. Olimpico is an outstanding mover with the absolute best schooling possible. This is a horse with competition experience and confirmed in a higher level schooling. He was sold to be a competition horse in Florida. He has since been competing successfully there. 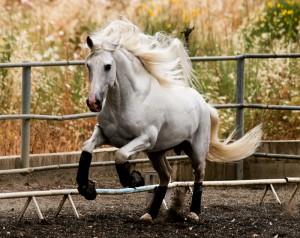 When Urals new owner contacted me for the first time in the summer 2013 she said she was looking for a dream Andalusian to do dressage with. Since she lived literally as far away as someone possibly could be. I promised to try out some horses for her and video each and every one. It was a fun process that finally led us to find Ural. Which really is a fairytale horse who came during hurricane season to his new home in Hawaii. February 7th 1013 “He arrived this morning! In very good condition. I love him! I’ll update you as we get him acclimated. Thanks so much! Tina” 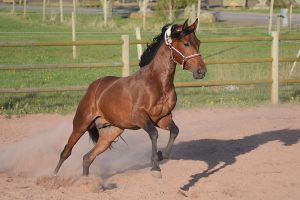 Divino is a lovely young PRE colt with excellent future as a classical dressage horse. He will be schooled by his new owner Agnes all the way in the high school movements. Andalusitano can’t wait to see how they develop together! Agnes bought Divino on my recommendation only.

Agnes answered the questions in the form.
About your horse: Trustworthy and very nice.
Would you recommend Andalusitano to other buyers? Yes

“I saw him on your website and thought he could be the right horse, well he is. He’s also exactly as you described him, well done! I know where to find you next time.”
Dione, Holland

“I think they are both fabulous horses, Americano was particularly the right choice, my daughters adore him already. He is so sweet and gentle.
Thank you very much once again and I will recommend you highly to anybody who asks about purchasing a Spanish Horse ever.”
Love and best wishes, Jane and Iain.

“A massive thank you to Sofie and Mara for finding me my beautiful boy, Carbonero, and making the whole experience an amazing Andalusian adventure. Your professionalism, patience and knowledge is invaluable and you took great care of me at every step. You judged what I was looking for perfectly and found the type of PRE stallion I only dreamt of owning.”
(Devon, England)

“I appreciate all your help and will recommend you highly in future.”
Vicki (Ludlow, England)

“Just wanted to say huge thanks to you for your help and honesty with selling Benito to us. He is a real dream come true!”
Eva (London, England)

Any cookies that may not be particularly necessary for the website to function and is used specifically to collect user personal data via analytics, ads, other embedded contents are termed as non-necessary cookies. It is mandatory to procure user consent prior to running these cookies on your website.