Iberian Horse With Heart Of Saint And Schoolmaster In PSG.

Iberian Horse With Heart Of Saint is also a schoolmaster for anyone. This is a massive Pura Raza Española horse with an outstanding charisma and such impressive power when  you see him coming towards you in passage. He looks like a war horse but feels like soft cuddly bear. These type Andalusian horses that have the character that is so in line with the breed, the looks of this ancient war horse and the schooling are not that easy to find actually.

Jaranero is an total angel. He is very modest in his persona. What I mean about that is that he is not the one that will show off and brag to his “classmates” and there is no need either. When they see him, they know “he” has arrived! Jaranero will enjoy just as much going for a hack in the country side as working in the school. He is positive and forward but with just the right amount of sensitivity to make him easily ridden by a lesser strong rider.

He has a superb schooling up to a level of Prix. St. George. He does shoulder in, halfpass, canter pirouettes, extended trot, piaff, passage, Spanish walk and flying changes.

Handling wise he doesn’t have any stallion character and is used to normal stable and riding routines. 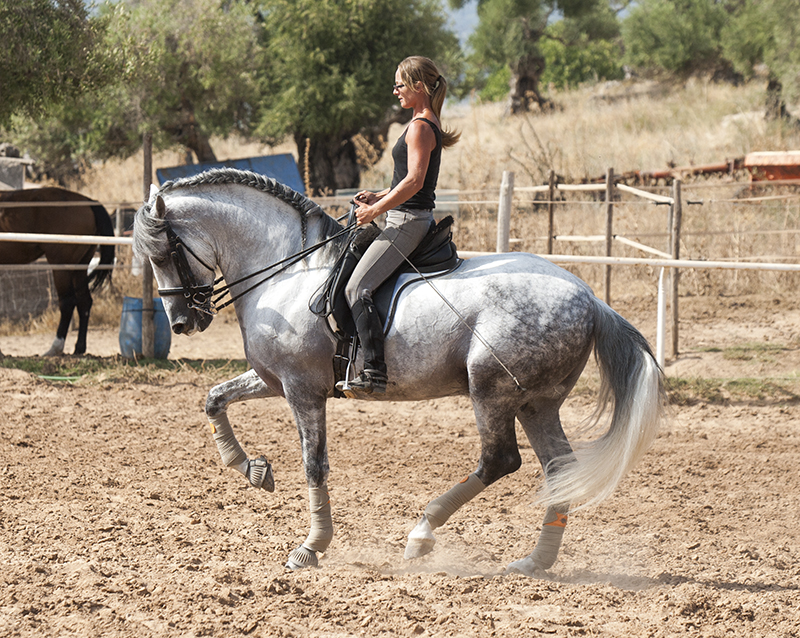