Functional PRE from Arroyomonte with nice potential for becoming a dressage horse. The stud Arroyomonte has had great success with their horses in both morphological shows and dressage. This horse is called Juglar FS and his grand father on the mothers side is Ermitano III who was the first PRE stallion who ever obtained the Elite breeding status as a reproducer of highly regarded elite dressage offspring, and is ranked in the world index for dressage horse studs.

Juglar is now being schooled by a female elite Grand Prix dressage rider and he is doing really well. He is on the level of his age. He can do the basics, walk, trot and canter and some leg yield and shoulder in. The rider sees this horse as having great potential to reach the higher levels of dressage and she likes working with him.

Character wise Juglar is very well behaved and social. He is used to the normal activities of a stable yard. He can be tacked up, led, handled, shod etc. without problems. The rider is also a great advocate on not only riding the horses in the arena and takes him out frequently for hacks too. 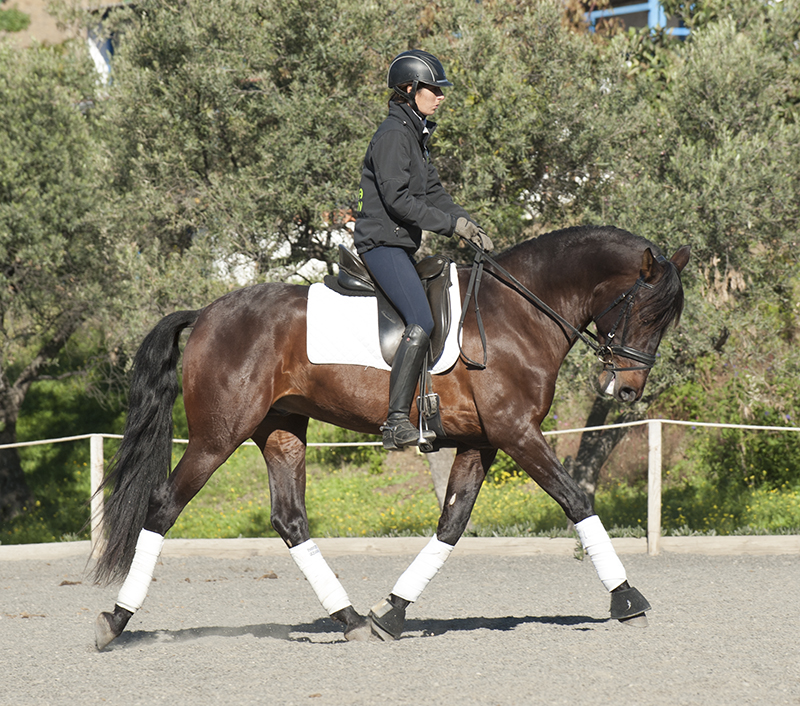