Alpha is a high functioning PRE stallion for FEI dressage. He has all that we are looking for in a good dressage horse. A good walk, a good expressive trot with a lot of energy from behind and an expressive forward canter. Added to this he has a willingness to give… and give… and give. Since he has no physiological restrictions, this is an easy task for Alpha. He is athletic, flexible and energetic with a positive cooperative character.
Bloodlines:
He carries in his genes a combination between Marin Garcia and Yeguada Militar bloodlines. Further back in his ancestry lines from Jenson (Yeguada Militar) in combination with Pampera II (Marin Garcia) bloodlines is what has given his grandparents, as well as his own parents and him, the extraordinary quick hind end, modern dressage movement.
Training:
Alpha has been allowed to mature in the best possible way and has been carefully started by a professional female dressage rider. He is now solid in the basics; his foundation has been set and he is ready to rock the dressage world!
Alpha has tested negative to piro. 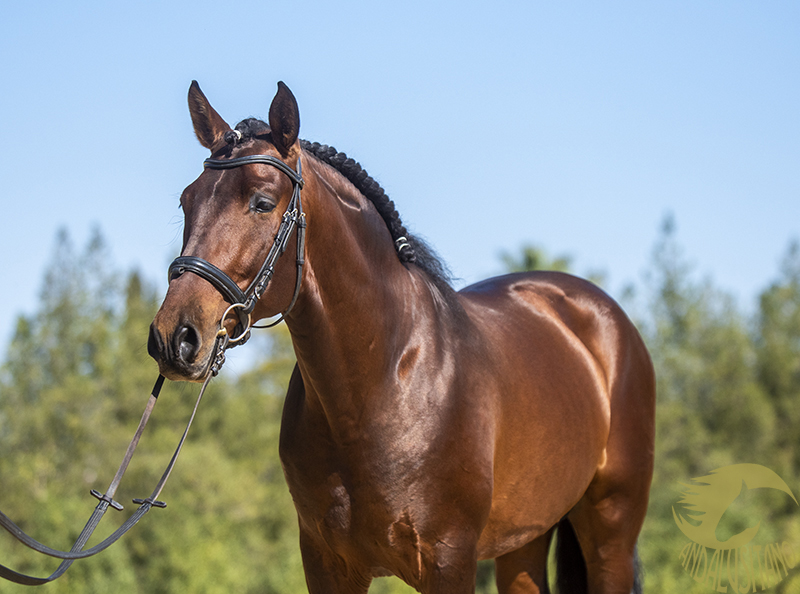